Deer Anna takes her audience into other realms. With her uniquely clear and calm voice, her electric guitar, and her captivating aura, she creates dreamy atmospheres and melancholic soundscapes for her listeners to get lost in. In her songs, the young indie artist reminisces on personal experiences and emotions while painting pictures of places brought to life by her mesmerizing vocals. Her lyrics communicate through metaphors, but always remain tangible. Deer Anna gets her inspiration from artists such as Phoebe Bridgers, Aurora, Daughter, The Velvet Underground and Novo Amor.

This summer, Deer Anna made a successful debut with her single „Dawn“ which got radio airplay at big German radio stations such as NDR 2, rbb radioeins, FRITZ rbb and more. The release was followed by a tour through Northern Germany and Berlin. Now, with „In The Clouds“, Deer Anna is happy to offer us another glimpse of her EP „Have I Even Been Asleep“ that will be released in February 2022.

The Berlin-based songwriter and singer Max Paul Maria has one of those voices where you always think: It doesn’t need more than a little acoustic guitar around it. In fact, Max has played many concerts this way for years. He has traveled the world, played many shows with a band, but has always proven that he is one of those thoroughbred songwriters who can tell good stories while playing the guitar. With a strong, weather-beaten voice that belongs to someone who has seen a lot. Knowing this, one might have guessed that this fucking pandemic would have inspired Max Paul Maria to record an intimate acoustic album recorded at Lockdown. But it should turn out differently: „Paradigm Beach“ is the exact opposite. A strong, multi-faceted, lush, multi-genre bandsound album – the first in his discography. Max makes it easy to get started, though: he begins with „The Big Vacation,“ which relies primarily on his voice and guitar in the first few seconds. A wonderful song, searching, doubting, pondering. And then in the midst of these grinding questions of meaning, a brief moment of redemption when he sings, „I think I’m going for a walk, cause walking is still honest.“ It’s a powerful line and a realization that, of course, came about in the days of lockdown walks, but remains universally valid.

I am pleased to say I have a forthcoming collection of songs entitled Their Symposium. It is my first full-length album, and it will be accessible in August of 2021. The songs are new in respect to their arrangements on the record, although, on personal terms, some of them reach as far back as four years to their initial composition. I am by no means suggesting they are dull or unappreciated; I would say our relationship is more akin to opening the door to an old companion.

Since the release of my last major project in 2018, the EP I Hope It’s Calm, Then, I have actively toured Canada, the UK, and Europe. I mean, I used to. I did. And when I did, I was fortunate to share the stage with many brilliant musicians, such as The Deep Dark Woods, Charlotte Cornfield, and Sam Lynch. I released a few singles along the way while focusing on writing and performing new material. And now, as our previous world continues to circulate through the washing machine of Covid-19, I have concluded it is suitable to put forth an album.

As I have said, most of these songs are not newly written. They have existed in countless performances, they have undergone numerous dissections; they have sat idle, changed faces and moods, and have made many strange friends. They have endured and, in a sense, have surpassed me, are now outside of me, having adopted an entity as such that if I heard one of their names called, I would say, “Yes, I know who that is.”

The distinctiveness of this cast of characters is the unique idea and moment which each one embodies. I could welcome them into my home, show them a seat for their comfort, and if I asked them to express themselves, they would indeed all have something contrasting to say.

This, I reckon, is what the record is; a gathering of entities aiming to share their thoughts on a particular subject — me. And yet, it is me who is revisited through these entities, for as much as I may recognize “them,” at all times I know “they are me.” If this sounds needlessly self-absorbed, it’s because it is. But please, I am the subject, and this is Their Symposium. I do hope they have something decent to tell you. 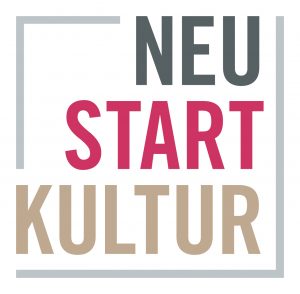 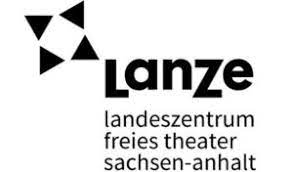